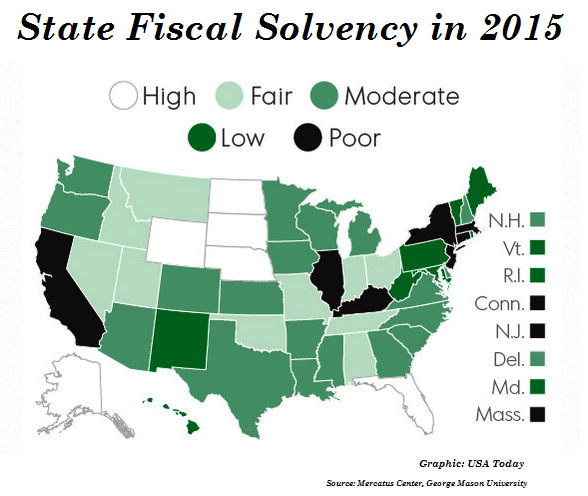 A new study by George Mason University’s Mercatus Center, a public policy research group, shows that several states face an uncertain fiscal future due to skyrocketing government spending and state debt.  The report is based on short- and long-term debt and other key fiscal obligations, including unfunded pensions and health care benefits such as Medicaid.  With new spending commitments for Medicaid and growing long-term obligations for pensions and health care benefits, the report notes that states must be ever vigilant to consider both the short- and long-term consequences of policy decisions.  While 30% of states received a “poor” or “low” grade for fiscal solvency, Nebraska was ranked fourth best overall, with Alaska, the Dakotas, and Florida also making the top five.  California, Kentucky, New York, Connecticut, Massachusetts, New Jersey, Illinois and California were in the worst financial condition, according to the study.  See the full study by clicking here.